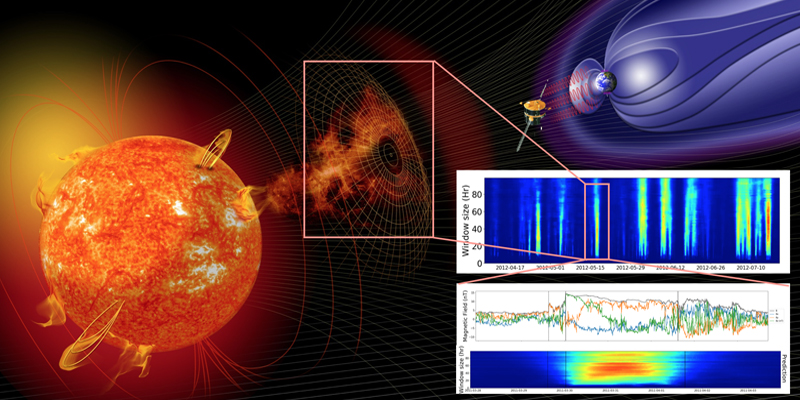 SPACEOBS : a space incubator funded by University Paris-Saclay started this January. The first part of the project is for 2017. Funding is 700k€.

Published in Journal of Geophysical Research

To investigate the internal structure of the magnetopause with spacecraft data, it is crucial to be able to determine its normal direction and to convert the measured time series into spatial profiles. We propose here a new single-spacecraft method, called the BV method, to reach these two objectives. Its name indicates that the method uses a combination of the magnetic field (B) and velocity (V) data. The method is tested on simulation and on Cluster data, and a short overview of the possible products is given. We discuss its assumptions and show that it can bring a valuable improvement with respect to previous methods.