At the Earth’s magnetopause, a low‐energy ion population of ionospheric origin is commonly observed at the magnetospheric side. In this work we use a 2‐D fully kinetic simulation to identify several original signatures related to the dynamics of cold ions involved in magnetic reconnection at the asymmetric dayside magnetopause. We identify several original signatures of the cold ions dynamics driven by the development of magnetic reconnection at the asymmetric dayside magnetopause. We find that cold ions tend to rarefy in the diffusion region, while their density is enhanced as a result of compression along magnetospheric separatrices. We also observe the formation of crescent‐shaped cold ion distribution functions along the separatrices in the near‐exhaust region, and we present an analytical model to explain this signature. Finally, we give evidence of a localized parallel heating of cold ions. These signatures should be detected with the magnetospheric multiscale mission high‐resolution observations. 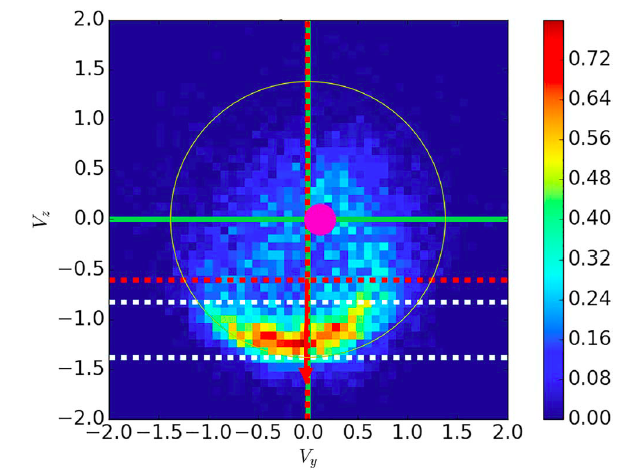